So we found lying around what appears to be one of our founder’s first computer: a Pentium II 333Mhz with 64MB RAM. The question is, what should we do with it? Build a fully-fledged NAS appliance, of course.

We decided to go with Openfiler, a open source NAS package or ‘Open Source Storage Management Appliance’ which is what they call it. Openfiler is a relatively good, powerful, stable and robust NAS program that can run on practically anything. We have set it for companies in the past to serve as their Server backup solution as well as a central filer sharing box and on anything from a normal desktop computer to a rackmount server. It can even run on a flash drive, leaving all connected HDD capacity available for storage space. See full specs on their site. 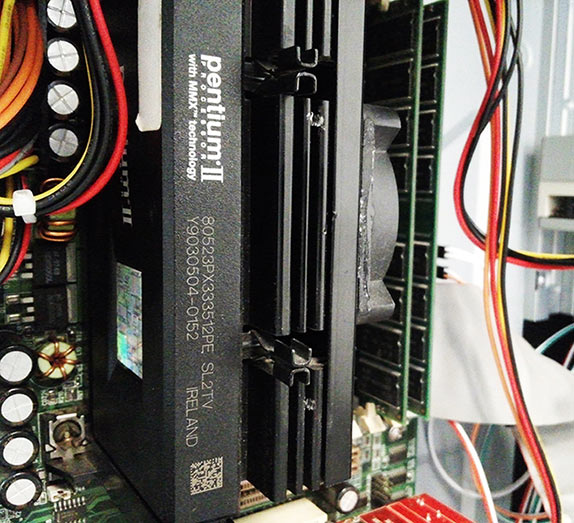 The Pentium II. I had one of the first ones in the country and I can still remember the look on my friends faces when they first saw it. They where all running Pentium 166Mhz and K5s at the time.

First things first, ready the hardware. Our motherboard, made by Supermicro, supports up to a 66Mhz FSB and the Pentium II 333Mhz (Deschutes) is the fastest CPU at that speed so no change here. Next, max out the RAM. We opted to use a few modules we already had: 2x 256MB PC-100 SDRAM modules. With this done, onto the rest. 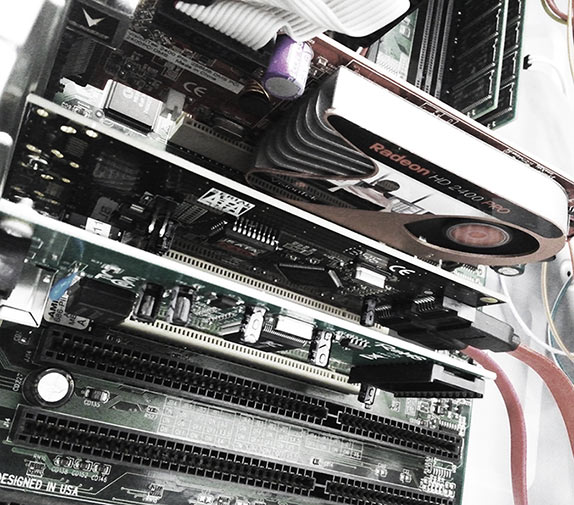 Can you spot what other PCI card besides video and SATA the system runs?